The router allows us to assign to a chosen path the behaviour of the system. Based on the path, the system knows to which controller it should direct the movement and also with the help of the class router.class.php found in the core, allows us to do redirect it to other controllers by routing name.

Each plugin has its own file "our_plugin/config/router.ini" which looks like this:

Given path is defined in the form of 3 rows.

In our router we can also use one special variable called #action
Variable #action is downloaded by our router and it refers to method inside of controller onto which traffic is directed. If we won't define variable #action then system will call our default method index() and if we set #action to 'my_function' then system will call out methond  'my_function' from controller.

Routers from plugins are merged into one and the system searches path backwards so the last plugin in config can overwrite a given path. If plugin "front" has a defined path [/] (simple address entry without any variables)  then by adding at the end of the file "app/includes/config.php" in constant plugins our plugin and in its router.ini file we add [/] variable we can overwrite the behaviour of  the system. In such a case it is not the plugin front but our plugin will be directing behaviour of the system to that path. Pay attention to this while adding a plugin.

In the system we have a class, router.class.php, which has many functions allowing redirections or returning paths from routing.  Examples of the use of router:

Redirects to a specified path based on routing

We are continually working to improve Windu CMS!

By visitng the Windu website you will be kept up to date on new developments concerning the CMS. 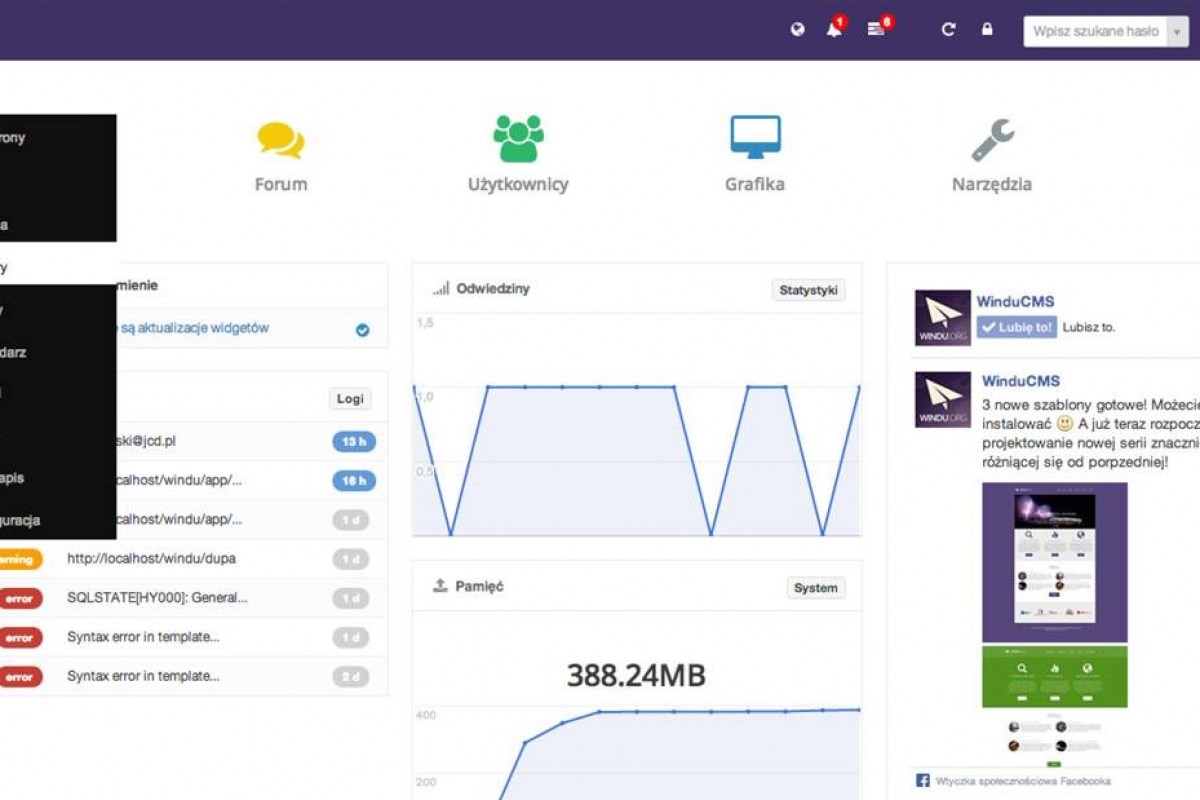 Since the release of Windu 3.0 we have we have done a lot of stuff to our CMS. The most important event in the near future will be the upgrade to version 3.1, which means a... 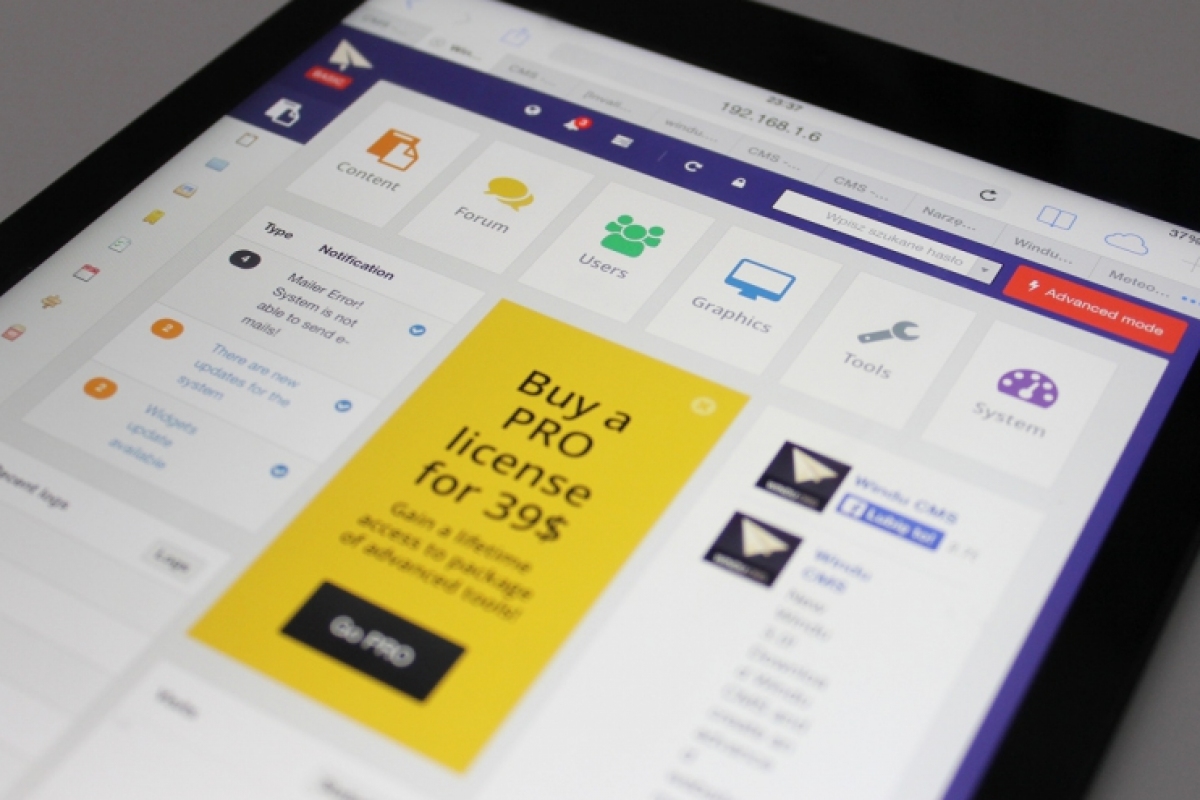 After many months of challenges, new version of our CMS is finally out! We've decided to drop the idea Windu 2.4 and go for 3.0 straight away due to amount of changes... 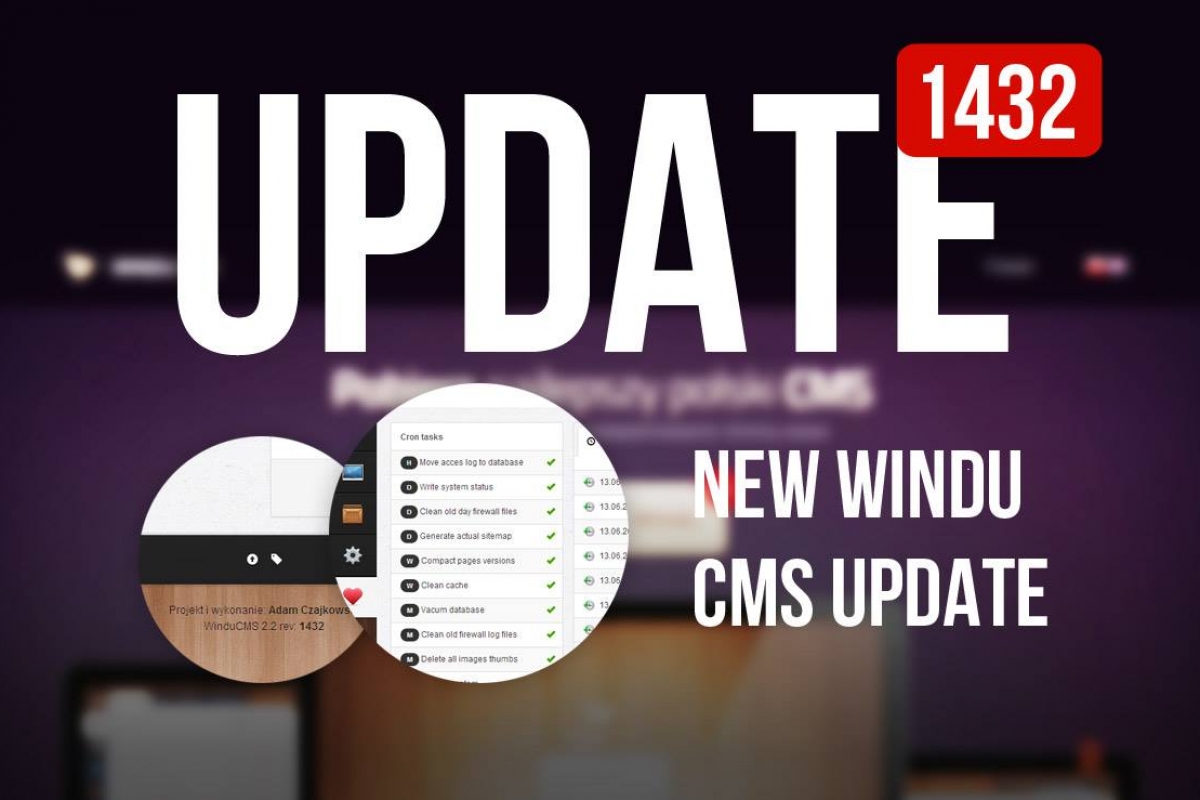 Activate loads of add-ons in your windu!